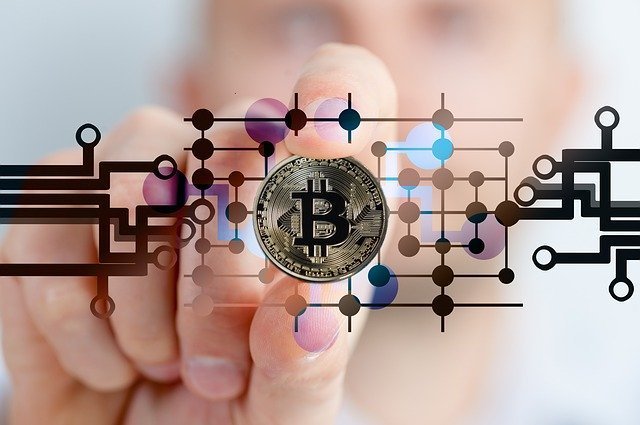 Everything you need to know about Bitcoin.


Bitcoin is a digital currency created in 2009 by a mysterious person that goes by the name of Satoshi Nakamoto, whose true identity has not been verified yet. Transactions are made without intermediaries, which means no banks. The idea was to produce a currency independent of any central authority, transferable electronically, more or less instantaneously, with very low transaction costs.

There are no physical Bitcoins, only balances kept on a public registry in the cloud, which with all Bitcoin transactions, is verified by a huge amount of computing power. Bitcoins are not issued or supported by banks or governments. Although not legal tender, Bitcoin charts are very popular and have triggered the launch of other virtual currencies called Altcoins.

Bitcoin is the first cryptocurrency, invented by Satoshi Nakamoto, in the wake of the 2008 crisis. We still don't know who this Satoshi Nakamoto is: is it a person? a group of people? A man? A woman? The mystery remains. What is certain is that Bitcoin was thought up and invented to give people back control over money. Long regarded as a money laundering tool, the world's confidence in Bitcoin today gives it its current value, which reaches several thousand euros, for a market capitalization of tens of billions of euros. That alone. Bitcoin now dominates the crypto-currency market, and while it has no technological value as such, unlike Ethereum for example, it is perceived as the benchmark, the safe haven. Bitcoin is created digitally, by a community of people that anyone can join. Bitcoins are "mined", using computing power in a distributed network.

This network also processes the transactions made with the virtual currency, making Bitcoin its own payment network.

As you can see, you can't generate unlimited amounts of Bitcoins. This is very true because the Bitcoin protocol and the rules that make it work mean that only 21 million Bitcoins can be created by minors. However, these pieces can be divided into smaller parts (the smallest divisible quantity is one hundred millionth of a Bitcoin and is called a 'Satoshi', after the founder of Bitcoin).

Conventional currency has been based on gold or silver. Theoretically, you knew that if you put one dollar in the bank, you could get gold back (although this does not work in practice). But Bitcoin is not based on gold; it's based on mathematics.

The software is also open source, which means that anyone can follow it to make sure it does what it is supposed to do.

Bitcoins can be used to buy goods anonymously. In addition, international payments are easy and cheap because Bitcoins are not tied to any country or subject to regulation. Small businesses may like them because there are no credit card fees. Some people just buy Bitcoin as an investment, hoping it will increase in value.

The most important feature of Bitcoin is that it is decentralized. No single institution controls the Bitcoin network. It is managed by a group of volunteer coders and run by an open network of dedicated computers spread around the world. This attracts individuals and groups who are fed up with the control that banks or government institutions have over their money.

Bitcoin solves the "double-spend problem" of electronic money (in which digital assets can easily be copied and reused) through an ingenious combination of cryptography and economic incentives. In electronic cash, this function is performed by banks, allowing them to control the traditional system. With Bitcoin, the integrity of transactions is maintained by a distributed and open network, owned by individuals.

Fiat currencies (dollars, euros, yen, etc.) have an unlimited supply. Central banks can issue as much as they want, and can try to manipulate the value of one currency relative to the others. The holders of the currency (and especially citizens with few alternatives) bear the cost.

With bitcoin, on the other hand, the supply is tightly controlled by the underlying algorithm. A small number of new Bitcoins come out every hour, and will continue to do so at a decreasing rate until a maximum of 21 million has been reached. This makes Bitcoin more attractive as an asset. In theory, if demand increases and supply remains the same, value will increase.

While senders of traditional electronic payments are generally identified (for verification purposes and to comply with anti-money laundering and other laws), Bitcoin users theoretically operate in semi-anonymity. As there is no central "validator", users do not need to identify themselves when sending Bitcoin to another user. When a transaction request is submitted, the protocol checks all previous transactions to confirm that the sender has the necessary bitcoin and the authorisation to send them. The system does not need to know the identity of the sender.

In practice, each user is identified by his or her wallet address. Transactions can, with some effort, be tracked this way. In addition, law enforcement agencies have developed methods to identify users if necessary.

Most exchanges are required by law to carry out identity checks on their customers before they are allowed to buy or sell Bitcoin, thus facilitating another way of tracking Bitcoin use. Because the network is transparent, the progress of a particular transaction is visible to all.

4. It is completely transparent

Bitcoin stores the details of every transaction that occurred in the network in the blockchain. The blockchain says it all.

If you have a publicly used Bitcoin address, anyone can tell how many Bitcoins are stored at that address. They just don't know who it belongs to.

However, there are steps that people can take to make their activities more opaque on the Bitcoin network, such as not using the same Bitcoin addresses over and over again, and not transferring a lot of Bitcoin to one address.

That's because there is no central "arbiter" who can say "okay, give the money back". If a transaction is registered on the network, and if more than an hour has passed, it cannot be changed.

While this may be disruptive to some, it does mean that any transaction on the Bitcoin network cannot be tampered with.

You can send money anywhere and it will arrive a few minutes later, as soon as the Bitcoin network processes the payment.

The smallest unit of a Bitcoin is called a satoshi. It is one hundred millionth of a bitcoin (0.00000001) - at today's price, about one hundredth of a cent. This could theoretically allow micro-transactions that traditional electronic money cannot do.

Bitcoin mining, how does it work?


When you hear "mining" Bitcoin, you can probably picture the extraction of Bitcoin in a mine like the one for gold. But Bitcoin is not physical, so why do we call it mining?
Because it is similar to gold mining in that Bitcoin exists in the design of the protocol (just as gold exists underground), but it has not yet been brought to light (just as gold has not yet been dug up). The Bitcoin protocol states that 21 million Bitcoins will exist at any given time. What the "miners" are doing is bringing them into light, a few at a time.
They do this as a reward for creating blocks of validated transactions and including them in the blockchain.


A node is a powerful computer that runs the Bitcoin software and helps Bitcoin to work by participating in the information relay. Anyone can run a node, just download the Bitcoin software (free) and leave one port open (the disadvantage is that it consumes power and storage space - the network at the time of writing takes about 145GB). The nodes will spread Bitcoin transactions around the network. A node will send information to a few nodes it recognises, who will relay the information to the nodes they know, etc. In this way, it will end up bypassing the entire network fairly quickly.

Some nodes are data mining nodes (usually called "miners"). These nodes aggregate the current transactions into blocks and add them to the blockchain. How do they do this? By solving a complex mathematical puzzle that is part of the Bitcoin program, and including the answer in the block. The puzzle that needs to be solved is to find a number that, when it is merged with the data in the block and passed through a hash function, produces a result that is within a certain range. This is much more difficult than it sounds.


How do you solve this mathematical puzzle? By random guessing. The hash function makes it impossible to predict the output. So the miners guess the mystery number and apply the hash function to the combination of this guessed number and the data in the block. The resulting hash must start with a preset number of zeros. There is no way to know which number will work, as two consecutive integers will give highly fluctuating results. In addition, there may be several nonces that produce the desired result, or there may not be any (in this case, the miners keep trying, but with a different block configuration).

The first miner to obtain a hash resulting in the desired range announces his victory to the rest of the network. All other miners immediately stop working on that block and start trying to find the mystery number for the next one. As a reward for his work, the winning miner gets a new Bitcoin.

The cost of a mining node is considerable, not only because of the powerful hardware it requires (if you have a faster processor than your competitors, you have a better chance of finding the right number before the others), but also because of the large amounts of electricity consumed by these processors.

The difficulty of the calculation (the required number of zeros at the beginning of the chop line) is frequently adjusted so that it takes an average of 10 minutes to process a block.

Why 10 minutes? This is the amount of time Bitcoin developers think is necessary for a constant and decreasing flow of new parts until the maximum number of 21 million is reached (expected some time in 2140).

Before you have a Bitcoin, you need a place to store it. This place is called a wallet, which means w wallet. Rather than keeping your Bitcoin physically, it contains the private key that allows you to access your Bitcoin address (which is also your public key). A wallet typically holds multiple private keys, and many Bitcoin investors have multiple wallets.

Wallets can be installed on your computer and/or mobile device, on a physical storage gadget, or even on a piece of paper.

How do I purchase Bitcoin?
There are 3 ways to buy Bitcoin:
You can, like 99% of people, buy it from your local currency or euros. This is done on buy/sell sites like Coinbase or Binance or for a much simplier way, through our Bitcoin ATM machines.
You can become a miner and put your material resources to good use. We advise you to inform yourself well before you start.
You can create an address on a decentralised wallet (or not) and have it sent to you by your relatives. This only works if they are nice people.